GET YOUR COPY TODAY ON AMAZON 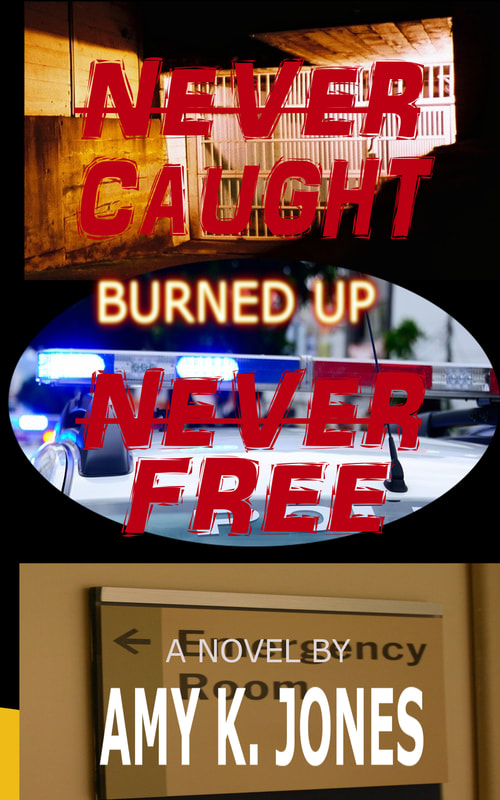 ​
​Check out my Author Interview on AwesomeGang.com!
If you're an avid reader, regardless of genre, sign up for AwesomeGang.com's newsletter and find amazing authors to enjoy and learn more about.

A San Antonio Police Chief with a wicked past few know about and no one can resolve assembles and operates a gun-running, murderous crime ring from the top law enforcement seat in the city. What he says goes. Who he orders dead, killed. His crimes and those of his team are so quickly and cleverly concealed, his reputation seems unimpeachable.
How can he fail after years of untouched success? Who can figure out the system he's perfected to hide his crimes? Who can take him down?
Officer Bryan Smith, an officer in the department with only five years of police work to his credit notices a small change in one of his reports; a change he did not make; and worries that a fellow officer is trying to sabotage his career. The more evidence he sees mounting that someone is after his next promotion, the harder he pushes for answers and support from above him. And when the answers start coming, rapid-fire, from an unexpected ally, he's unprepared for the fallout.
When the big guy goes down, his family and people in the highest ranks of the department go down with him in a flurry of arrests. 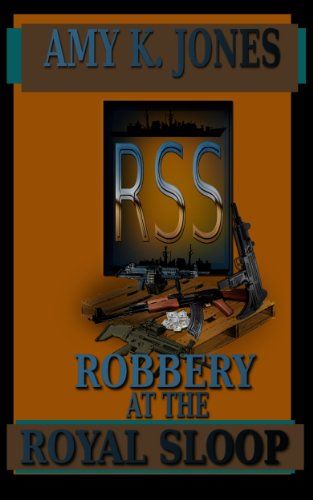 Robbery at the Royal Sloop

A carefully planned robbery at the Royal Sloop Shipping Company leaves two men dead and two employees under a cloud of suspicion. The investigating police detective knows who she suspects, but her history and reputation in the department stand between her and the criminals she knows she can bring to justice. A police lieutenant, a prosecutor, and a defense attorney become unlikely co-conspirators, each promoting their own agendas and careers, to protect the guilty.
​ 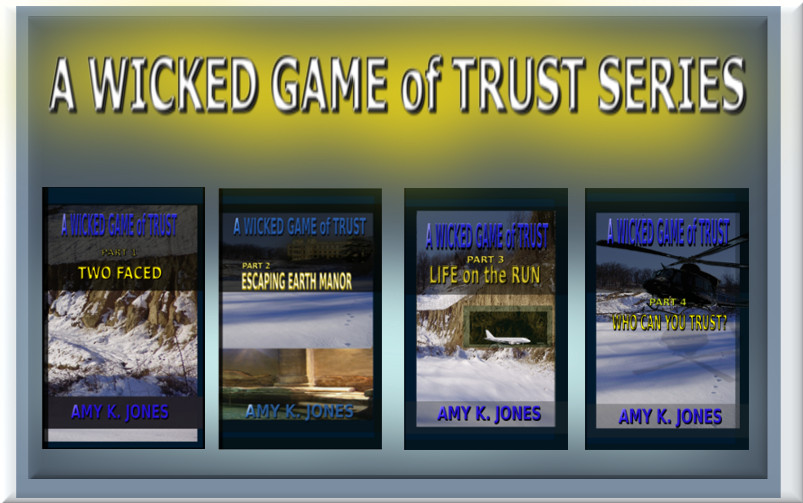 A WICKED GAME of TRUST

(Click on image above to read Chapter 1)
Introduction
A cunning man with a vivid imagination and the money to bring reality to
other people's fantasies, Theodore Duncan finds himself in a position to gain an
unlikely ally in his efforts to locate a woman presumed dead for over a year, or
discover who has taken her place. The woman he seeks, Anna Peteskow, is the one
remaining of three power figures in the underworld of the world, enjoying the
freedom to influence governments around the globe and eliminate those who oppose
her without ever hitting a headline, if you don't count her understated obituary
in an Ohio newspaper.


The ally he discovers has all the power the rest of his people lack; she is
Anna's youngest daughter. If Duncan can discover Anna Peteskow alive, Jennifer
Peteskow can attest to Anna's absence from her family home at critical moments
of world events, and if she will do that, others can attest to where Anna really
was and with whom. But can Duncan trust this young woman who may be taking over
Anna's operations, could be issuing orders to her operatives as artfully and
secretly as her mother once did? Does Jenny, Anna Peteskow's youngest daughter,
know what sinister things her mother has done while maintaining the unflappable
appearance of a doting homemaker? Is Jenny Duncan's enemy, or a hapless fool
caught up in a vengeful plot devised by her mother to get to him?


In A WICKED GAME of TRUST, you'll be taken into the underworld of the super
powers with Jenny Peteskow. You'll meet people who control the happenings you
see on the news from around the globe, and catch a glimpse of where leaders and
operatives go when they wish to, or need to, hide from each other. You'll
discover how a commercial jet liner can crash yet remain completely intact,
everyone surviving except the two people a man wants captured and delivered to
him. You'll learn what it feels like to fight, yet lose your freedom and
completely disappear.

A WICKED GAME of TRUST is a 4-book series. 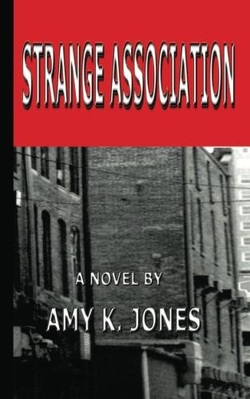 ​
​Private Investigator, Mike Tine, finds himself empty-handed, beaten and unable to return to his home, a small apartment above his most trusted friend's restaurant, Mitchy's. As he searches for the girl a mysterious client has hired him to find, and then the client himself, he finds his friends turning into dangerous enemies he cannot avoid. Someone is watching his every move and that someone today is you. 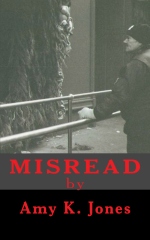 Nearly losing his life when his best friend's house explodes, Peter Shaw is tormented by his need to
find out who is behind not just his near-death-experience, but a series of  violent crimes that threatens those closest to him: his wife, his best friend, and his best friend's only child.
Despite his best efforts, the one person who can help him most side-steps his every attempt to solve the crimes she seems to know too much about. As those around him fall victim, Pete and his former
partner, and best friend; retired Detective Jim Swartz, drive unswervingly
toward the discovery of the menace that threatens their city, and everything
they hold dear.
(Click on image for book details)

Her Place In Time Series

Coming of age in Farmersville proves more
challenging than Cindy Lou could ever have dreamed, when an innocent crush turns her tight-knit community upside down. Nothing is simple and everything has its price.

Her Place In Time, Part 2

Her Place In Time, Part 1

ratings: 2 (avg rating 4.00)
*Amazon and the Amazon logo are trademarks of Amazon.com, Inc. or its affiliates.
Copyright 2018 Amy K. Jones. All Rights Reserved.